We started off our year-long series on indigenous languages by focusing on languages that are endangered of becoming extinct. The blog series is in recognition of the United Nations naming 2019 as The International Year of Indigenous Languages (IYIL2019).

This month we take a closer look at how a language can be “saved.”

While it is difficult to save a language, it can be preserved and potentially revitalized through a process called language documentation. 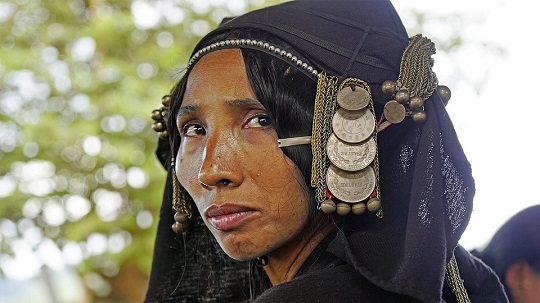 It’s been less than three decades since the phenomena of language endangerment and extinction have been brought into the spotlight, and, according to Adzima, people have responded in different ways.

“Today we see a lot of activism on the part of communities, with support from the general public. In academia, there has been a spectacular expansion of interest in this area, especially in the humanities,” said Adzima.  “Linguistics, comparative literature, translation studies, and sociology have all become more interested in ‘small’ and/or endangered languages and cultures.”

The concern was that “smaller” languages and communities were being subordinated to regional politics. The Universal Declaration of Linguistic Rights was put together by 41 PEN Club centers, 61 international NGOs, and 40 experts in sociolinguistics, law and language rights from more than 90 countries across five continents.

“Language documentation is one of the ways the plight of endangered is dealt with. It is basically an attempt to preserve or create archives, including written records, audiotapes, and videotapes, of a language so when it eventually becomes extinct, as much knowledge about the language as possible has been preserved,” said Adzima.

In purely linguistic terms, this approach focuses on producing a very comprehensive linguistic description of the endangered language.

According to Adzima, most of the funding dedicated to saving a language goes towards language documentation.

Yet, there is a more proactive approach.  It’s known as language revitalization.  This approach focuses on increasing the number of speakers or creating a new generation of speakers.

“We might understand language documentation from an archival perspective but, in many instances, it has to occur before language revitalization,” said Adzima.  “According to K. David Harrison, about 85 percent of the world’s languages have not been documented.  So before those languages can be revitalized, they have to be documented first.”

Thanks to all those around the world who are dedicated to the preservation and revitalization of our endangered languages.