As the 2014 Winter Olympics come to an end we are counting down some of the most interesting translations errors athletes and tourists encountered in Sochi, Russia.

1. Menus
There were some interesting menu options available at Sochi this year. Language in the test? The “test” bit is “dough,” actually. And yes, the Russian noun “язык” does mean “language” but “tongue” is another meaning, which is more likely what’s being served here. 2. Street Signs
In order to help tourist find their way in Sochi they had the street signs translated from Russian into English. However they didn’t quite get it right, Ulitsa Golubye Dali, which means Blue Yonder, has been literally translated as Blue Dali Street. While Ruzheynaya Ulitsa has become the not so friendly-sounding Shotgun Street instead of Gunsmith’s Road.

3. Store Signs
While trying to make English speaking visitors feel more at home in Sochi, these translations came up a little short. 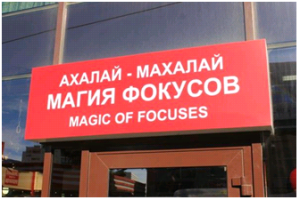 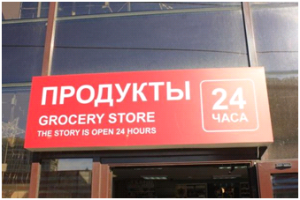 4. Athlete Interviews
While speaking to press after USA gold-medalist snowboarder, Sage Kotsenburg’s big win on Saturday, language interpreters struggled to translate some of the words he was using to describe his love for the sport. Kotsenburg says, “I’m so stoked to be here and just like represent the USA for sure.” The word “stoked” may be a common slang term in the US, Russian interpreters took it as he was drunk or under the influence of alcohol.

Even though these Olympic translation errors have been harmless and comical to visitors, they show the importance of using an experienced translator as opposed to a free online resource when working with an international audience.