As a developing country, China continues to attract more international business. In order to successfully communicate in the global marketplace, translation between the English and Chinese languages is becoming increasingly important. So what is the translation industry in China like, and what makes it so hard to be a professional English-Chinese translator?

To begin, lets take a quick look at how language is learned in China. The Chinese have a 9-year Compulsory Education system which requires children to take English lessons. However, most of the lessons focus on English reading, while not English speaking or writing. Although you might find most young people in China know some English, they can hardly provide you with qualified translation services.

Currently, the translation industry in China is relatively immature, with few people using CAT(Computer Assisted Translation) tools. Many small companies in China pay low rates to hire university students to do translations at a low cost, which not only leads to miscommunication due to bad translation, but also drives away professional translators as they find it hard to balance the efforts they need to spend and the low rate they get paid.

From a linguistic style perspective, Chinese and English are very different. In Chinese, there is no letter case, tense, plural forms, etc., and grammar rules are much different from English. For example:

All these factors make it hard to become a professional translator as it requires years of professional training and practice to make it happen. Below are some examples illustrating the unique linguistic differences between languages: 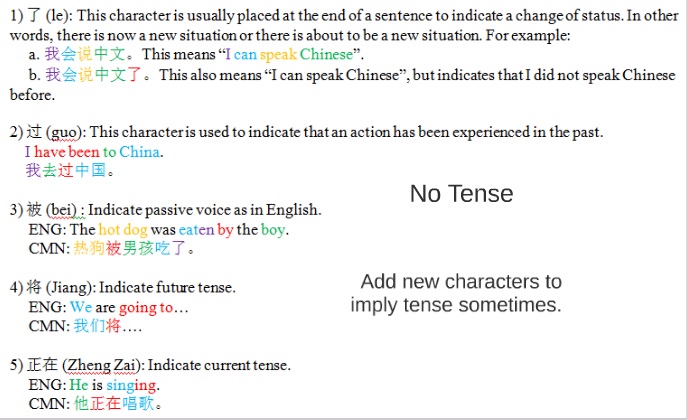 There are different forms of the Chinese language. You might have heard of the terms “Mandarin”, “Cantonese”, “Simplified/Traditional Chinese”, and wonder what’s the difference. To give you a brief summary, Simplified/Traditional Chinese is used in regards to the writing system, while Mandarin and Cantonese are spoken Chinese. Below is a  general break down of Chinese languages by regions:

Since English<->Chinese translation has become increasingly more desirable in China, more schools have introduced courses such as English listening, writing and speaking, taught by English native speakers. Also, some universities in China have begun offering Master degrees in Translation and Interpretation, bringing in professional training covering both theory and practice. Overall we can be optimistic that the Chinese translation industry will continue to grow and improve in the near future.