A guest blog by Evan Schapiro — In her new single “7 Rings,” Ariana Grande (right) sings about wealth in excess  –  her diamonds, expensive shoes and seemingly endless access to cash from ATM machines. Her song is resonating with the public, and just hit number 1 on the Billboard Hot 100, her second number one in a row. To celebrate, Ariana got a new tattoo, as she often does to commemorate major events. The two Japanese characters were meant to say “7 Rings,” but actually signify something totally different: a small charcoal BBQ grill.

And Ariana is by no means alone in pop princesses with off-meaning tattoos. We all remember Britney Spears’s famous Chinese character tattoo. She wanted it to mean “mysterious.” However, it actually meant “strange.” Rihanna got her French nouns and adjectives twisted when she wanted “rebellious flower” forever imprinted on her, but ended up with “flower rebel.”

How do even the biggest stars make these permanent blunders?  Let’s dive into Ariana’s actual tattoo for some explanation.

Translation is both an art and a science. And, Asian characters are especially tricky.  Ariana thought she was right on with “七輪,” as the first character literally means “seven,” and the second translates as “rings” or “rounds.” However, Chinese and Japanese characters hold meaning and change when combined with other characters. These two in combination signifies a “BBQ grill.” She would have needed to add a few characters in between those two (つの指) to clarify her intention.

Reports mention that Ariana is indeed aware of the small error, and indicated that the tattoo on her hand hurt so badly, she could only handle two characters. Let’s hope she also really loves some Japanese BBQ!

AUTHOR’S UPDATE: Ariana seems to have heard the outcry, and actually added one of the clarifying characters “指”, which means “finger,” to her tattoo. A little better, but due to the placement after the phrase rather than in between the characters, it means “Japanese BBQ grill finger.” Luckily, she has been laughing off the whole thing and enjoying the commentary. 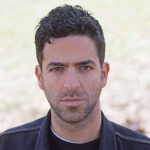