The United Nations declared 2019 as The International Year of Indigenous Languages (IYIL2019) to help raise awareness of the cultural contributions that these languages make across our global community.

We are dedicated to helping people globally to understand each other and the world around them, and this blog will be the first in CETRA’s year-long series on indigenous languages in recognition of IYIL2019.

To kick-off our series, we sat down with Anukware Selase Adzima, an African language specialist at CETRA, about the state of indigenous languages.

CETRA: Welcome, Selase. You recently blogged about how difficult it is to accurately discover, classify and count the languages in Africa.  Can you give some perspective on how many languages have been lost?

Adzima: Thank you. Your question is a very difficult one to answer with certainty because of the lack of consensus on the total number of languages worldwide and since estimates are constantly evolving when new language discoveries are made.  For instance, SIL International indicated that the status of 16 languages were changed from living to extinct between 2017 – 2018.  This doesn’t mean that field linguists aren’t doing good work.  In fact, it’s the opposite. Their work helps provide us with a very useful guide on languages around the world. It’s simply good practice that the data is adjusted appropriately when more discoveries are made.

Most of the people who work in the field seem to agree that at least 50% of living languages will be lost by the end of the 21st century. One estimate is that one language dies every two weeks. I think SIL estimates a loss of six languages in the world per year since 1950.

CETRA: How many African languages are endangered?  Can you estimate how many languages have been lost?

Adzima: About 240 languages in Africa are considered endangered.  Let me mention that the term “endangered” is a broad term. By that I mean languages which are deemed to be endangered might be at different levels. For example, UNESCO uses four criteria: vulnerable, definitely endangered, severely endangered, and critically endangered. With regards to extinction, I’ve seen various estimates, and I think we can assume between 40 and 60 known languages have been lost since they’ve started researching and keeping records.

CETRA: When a is a language considered lost or extinct?

Adzima: The simple answer is there are no speakers of that language left.

CETRA: Can a language be preserved through written text?

Adzima: Yes, a language can be preserved through written text. It is part of what is called language documentation. It is basically an attempt to preserve (where they exist) or create archives, including written records, audiotapes and videotapes, of a language so when it eventually becomes extinct, as much knowledge about it as possible is preserved. In purely linguistic terms, this approach focuses on producing a very comprehensive linguistic description of the language in question. This is the area much of the funding towards supporting endangered languages seems to go.

Languages have been dying for a long time. However, it’s been less than three decades since the phenomena of language endangerment and extinction have been brought into the spotlight.

CETRA: What does it mean for society when we lose an indigenous language?

Adzima: Language helps define a people—over many generations—and their culture.  When an indigenous language dies, we lose an accumulation of knowledge.  Every culture is unique in its experiences and worldview, which is portrayed by its stories, songs, artifacts, etc.  Words and expressions in the language tell us how that culture perceives and describes the world.

CETRA: You specialize in African languages.  What does an indigenous language in Africa contribute to the lives of people from other continents or countries?

Adzima: Language defines a culture, and the incorporation of words and expressions from one language into another has cultural and other implications. There is a long list of words in the dominant languages in the West whose etymologies are traced to African languages. 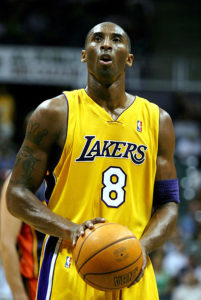 Let me share a personal story.  When I was a very young schoolboy growing up in Ghana, I was proud to find the word “Kwashiorkor” in an English dictionary.  I knew what it meant, at least I thought I did, because a mother would use the term to describe the condition of her sick child.  I made a big deal about it by sharing my discovery with my peers when I went to school the next day.  Part of my pride was telling my friends that the developed world didn’t have the word to express that condition and had to rely on the African word.  I wondered if it was because that medical condition didn’t exist in the Western world.  Of course, at the time, my understanding might not cover the scope of the medical condition for which it’s used, but I thought it was a huge contribution by Ghana to the English language.

More recently, when I heard a former NBA superstar, Kobe Bryant (right), refer to himself as Black Mamba, I wondered why. When I understood why he adopted the name it made sense to me.  In addition, how many of us know that the word tilapia is of African origin?

Thank you, Selase, for participating in our blog, and kicking-off our series on IYIL2019 and indigenous languages.

For more information on languages or our services, please contact us at info@cetra.com or 215-635-7090.